Learn » Updates » Father of KiwiSaver should be proud


Father of KiwiSaver should be proud 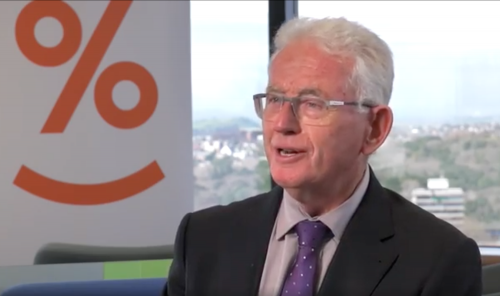 History can be unkind to politicians, but I suspect it will be very kind to Michael Cullen.

As the father of KiwiSaver and the Cullen Fund, he began a transformation of the well-being of many New Zealanders.

His legacy, KiwiSaver, is already $82 billion dollars big, and has exceeded all expectations, benefitting millions of Kiwis. And, most importantly, no scheme has failed. KiwiSaver is the most trusted financial product in a generation, at a time when ordinary Kiwis need something to trust.

When first thinking about KiwiSaver, much of the advice Michael received was not to do it. But he decided to anyway. It was a brave decision, the right decision, and perhaps the thing he will be most remembered for.

What will be appreciated by only a few is how well Michael and his officials designed KiwiSaver. It needs an upgrade now, but for 14 years it has remain essentially unchanged, and fabulously successful. There is a simplicity in its design and use that is the hallmark of many things we trust in life.

Democracy in new Zealand can breed exceptional public servants like Michael. And I doubt there is a country anywhere who wouldn’t swap their last three finance Ministers for New Zealand’s. Michael was the first in a three peat of world class finance ministers- Cullen, English and Robertson. It’s a world class team, and Michael set the standard.

At a personal level, Michael was an inspiration for us to set up Simplicity. His counsel was freely given, and very wise. There is something just delightful about a country where a budding social entrepreneur can reach out to an ex Minister of Finance, be heard and be helped.

Rest in Peace Michael. It was a very worthy life. KiwiSaver is your magnificent legacy.