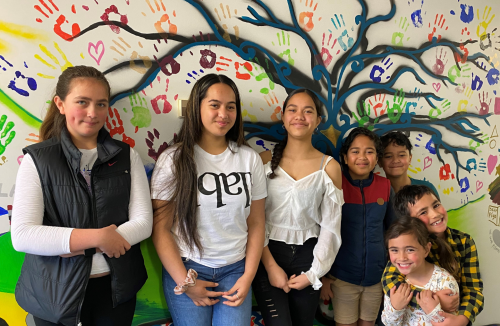 The Simplicity Foundation has made another $420k worth of donations to eight Kiwi ​​charities bringing total donations above $4.2 million.

Recipients include some of Simplicity’s long-standing charity partners, as well as some new ones doing amazing work.

Rebecca Roberts, manager of the Simplicity Foundation, said the latest round of donations focussed the Foundation’s support into its three pillars of youth development, homelessness and education after a busy summer of supporting tree planting under its fourth environmental pillar.

“As the Foundation grows, it has been very rewarding to continue to develop and deepen our relationships with some of our charity partners through this latest giving round.

We’re proud to be supporting organisations looking to impact social outcomes for vulnerable people in our community on a long-term, sustainable basis,” said Rebecca.

Graeme Dingle Foundation ~ $70,000
Continued support for Graeme Dingle Foundation’s Career Navigator Programme in four low decile schools in West Auckland and Porirua. This funding helps to ensure that students across these school communities get ‘work ready’ through a range of interventions including industry mentoring, workplace experience and skill-building workshops.

Pillars ~ $70,000
Funding for the expansion of Pillars' mentoring and whānau support programme in West Auckland for children with a parent in prison. Pillars was awarded Mitre 10 Community of the Year in the 2019 NZer of the Year Awards.  Simplicity Foundation’s ongoing support complements our previous funding to help expand Pillars’ service offering in Christchurch, which has in turn significantly increased the number of whānau benefiting from this impactful programme in that community.

Take2 ~ $70,000
Alongside a core group of other funders, Simplicity Foundation is supporting Take2’s initiative to set up a training hub and work lab in Auckland, teaching tech and coding skills in the community. Take2 was established in 2019 with an initial goal to pilot the delivery of in-prison software developer training (which Simplicity Foundation also helped support) and this new initiative aims to provide the same training and ongoing work experience to students who are on parole or undertaking community-based sentences. Founder Cameron Smith has also recently been recognised as a finalist in 2022 NZ Innovator of the Year and an Asia Pacific Leader for the Obama Foundation.

VisionWest ~ $70,000
This funding will support the second year of Visionwest’s ‘My Whare’ pilot programme by helping to meet the salary costs of the programme coordinator. My Whare seeks to establish a viable long-term model for delivering council-complaint tiny homes on vetted host family sites, providing young people experiencing homelessness with a safe and stable transitional home with strong community connections. If successful, as well as expanding beyond its pilot phase, it is hoped that this model can be adopted for other vulnerable segments of the community with acute housing needs.

Recreate ~ $50,000
Funding for the nation-wide expansion of Moxie XP, an in-work training programme for young people with intellectual disabilities, helping them secure long-term jobs and valuable work experience. Recreate has been providing support for youth with disabilities and their families for 20 years, currently delivering programmes to 600 young people aged between 10-35 across Auckland, Waikato, Wellington, Bay of Plenty and Christchurch and the Simplicity Foundation previously helped them establish their Wellington branch.

I Have a Dream ~ $35,000
Continued support for a group of students in the Dreamers Programme in Whangārei, now in Year 6.  IHAD’s stated focus is on nurturing well-being and opportunities for the student ‘Dreamers’ involved, providing a long-term adult advocate within schools for each year level, delivering ‘inclusive, wrap-around support’ for all students and ultimately their whānau as well.

House of Science ~ $35,000
Second year funding for the South Auckland branch of House of Science, providing science learning kits for years 1-8 through a school subscription system. House of Science is a well-established programme operating in 25% of NZ primary schools (500 schools across 18 regional branches) and the Simplicity Foundation’s support aims to help bed in this programme for South Auckland schools. Short-term impact reporting in other regions has shown significant student improvement in STEM (science, technology, engineering and math) results against national norms.

The donations to all charities are possible by Simplicity’s nonprofit charitable model, which sees 15% of management fees go to the Foundation for donation.

You can read more about the Foundation and find out about past recipients on Our Charity page.