Why Barefoot Investors fans are flocking into Simplicity funds? 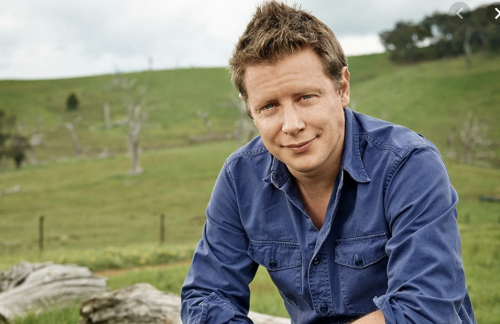 Amongst many starlit finance experts, Scott Pape, author of the bestselling personal finance book The Barefoot Investor, is an evangelist for low-cost index funds.

Relative to the fees charged by most mutual funds,  index funds are cheap as chips. It depends on the funds you’re comparing and where. But in the US for example, some index funds charge an expense ratio of 0.20% versus the industry average of about 1.5%. Factor in performance bonuses and its much higher.

In New Zealand, for an investment of $10,000, the average expense ratio in KiwiSaver is around 1.4%, versus Simplicity’s expense ratio of .61%. That figure adds the $30 management fee to the investment fee of 0.31%.

So on that $10,000 balance, the average annual fee charged in KiwiSaver would be around $147. What catches most out, is that it's not fixed. The fees grow as the balance does. And in KiwiSaver, a 40-year investment for most, this cost adds up big time. Some will end up turning over as much as 20% of their nest egg to their fund manager.

The biggest misconception in KiwiSaver, 13 years on, is that members only pay a single annual fee. A quick read of their statements and they’re fooled into thinking they only paid $20-30 a year. It didn’t help that until only last year, the Financial Market Authority allowed providers to issue statements to their members that highlighted their returns net of fees. Unless you’d read the Product Disclosure Statement disclosing the fees, which scarcely anyone does, you’d be clueless about the actual cost.

The FMA last year changed the reporting requirements, forcing providers to show, in dollar terms, what members actually paid in fees on their accounts.  It’s progressive for sure, yet ignorance and or apathy keeps many people from even reading their annual statements, so the regulator shouldn’t shoulder the entire blame here.

Economist Stephen Dubner, the host of the folksy FreakEconomics Radio, also lifted the lid on excessive profit-taking in the funds' management sector with a scintillating podcast called The Stupidest Thing you can do with your Money. Spoiler alert; It’s paying fund managers more than you need to by not using index funds.

As the word gets out, index funds have seen explosive growth.

According to a Sept. 2019 report in the Wall Street Journal, funds that track broad US equity indices, exceeded $4.27 trillion in assets last year. According to research firm Morningstar, funds categorised as index trackers and or ETFs, for the first time ever, now exceed funds controlled by stock-pickers.

“Most KiwiSaver investors have no idea they are paying these huge fees. That’s because most managers don’t want to tell them in a way they would understand,” says Simplicity’s founders Sam Stubbs.*

See Sam Stubbs interview in The SpinOff on passive vs active investing here.

In New Zealand, interest in exchange-traded funds and index trackers is finally catching on, thanks in part to authors like Pape and Robbins who continue to preach their virtues.

Using another nonprofit international fund manager, Vanguard, for its international equities and bonds, meant Simplicity was able to pass along cost efficiencies otherwise unavailable to ordinary Kiwi investors. Vanguard, with USD $5.6  trillion in funds under management, is the world’s second-largest asset manager and has massive economies of scale, which it passes on to its investors.

The cost difference has been so dramatic, the company has had to battle against attitudes of disbelief and the misguided view that low-cost, and non-profit, comes at the cost of performance.

Much to the chagrin of its competitors, Simplicity’s fund (both KiwiSaver and investment funds) are rising to the top of the league tables, the compounding effect of healthy market returns plus very low fees.

With banks having 80% market dominance in KiwiSaver, and wide channels of retail distribution, it’s a David and Goliath battle. But three years on Simplicity’s low-cost model, aided by exceptional member enthusiasm, has set the industry on fire.

Barefoot followers in New Zealand, who have their own dedicated Facebook Page, have helped fan the flames acting as advocates themselves for index funds.

See Sam Stubbs interview in The SpinOff on passive vs active investing here.