Learn » Updates » What a difference a month can make! June markets rally on US posturing and confidence


What a difference a month can make! June markets rally on US posturing and confidence 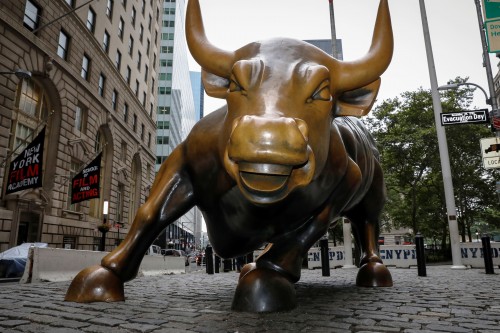 Investors may have suffered from a bit of whiplash last month as US equity markets drove a sharp U-turn recovery from May.

US President Donald Trump, in one of his trademark self-congratulatory tweets, credited himself for market turnaround while cooler headed analysts gave a nod to bullish policymakers acting in America’s best interests.

Closer to home, the markets posted some heady returns.

Simplicity’s equity heavy Growth fund recorded a double-digit after fees, pre-tax return of 14.3% for the first half of 2019.

Investors with the courage to hold their course over the longer term have been handsomely rewarded. The Growth fund recorded a double-digit return for the past 2 years to 30 June of 10.4% p.a. after fees, pre-tax.

These returns are in the shadows of the NZ stock market which has shrugged off global concerns and volatility.

Simplicity’s NZ Share fund recorded an 18% after fees, before tax return for the past 12 months.

The Australian stock market continues to lag behind its Kiwi cousin The majority of KiwiSaver managers have a home bias in their Australasian equity allocations.  NZ shares have outperformed Australian shares by over 10% for the past 12-months so it’s easy to understand why.

Simplicity’s NZ Bond fund over the past year on a before-tax basis has returned a staggering 8.4% after fees.

The Conservative fund which is 80% exposed to NZ and Global bonds has returned an equally impressive 8% after fees, pre-tax. These returns are more equity-like than what you’d expect from what is often considered to be a defensive strategy.

The Reserve Bank of Australia (RBA) cut its cash rate to 1% on 2 July and is expected to cut rates again later this year. Meanwhile, our own Reserve Bank (RBNZ) kept the Official Cash Rate (OCR) on hold at 1.5 % at the June Review.  Current data and analysis indicate that further interest rate cuts in NZ and Australia are on the cards in the not too distant future.

The NZD gained 1.7% over June and posted gains against all of the major currencies.  The hedging within the portfolio added value over the month. Over the past quarter, the hedging position has dampened returns slightly.

A note on returns. From time to time there will be small differences in the returns between the KiwiSaver scheme and Investment Fund returns. Some of the differences can be attributed to either small differences in asset allocation, timing, and reinvestment of cash flows and transaction costs (i.e. brokerage) or a combination of these factors. Past returns are not a guide to future potential returns.

If you’d like further information, email us directly at [email protected]