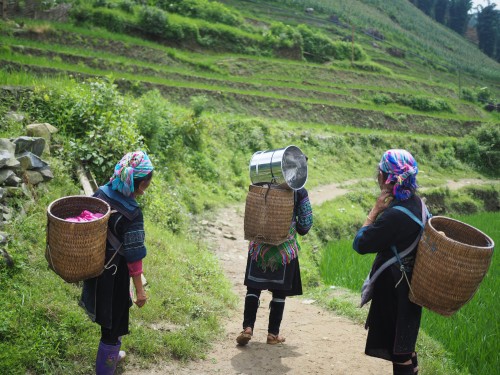 Research has proven that women are superior investors, but capital markets are now seizing direct investment opportunities because they are such a good bet.

Simplicity is investing in a new bond issue by the Asian Development Bank (ADB) supporting women in developing nations making a difference, whether it’s fighting climate change, starting a business or empowering women in their communities.

Andrew Lance, Simplicity’s chief operating officer, said the $10 million investment (to be spread across all of Simplicity’s diversified portfolios) ticks many boxes from impact and investment perspectives. He said the investment also signals a new direction and maturity for the nonprofit fund manager, now in its sixth year.

“Now that the portfolio has got to a sufficient size (more than $4 billion in funds under management), we can have a few highly rated bonds outside the NZ government market that are going to provide us a better return over the long term because they are priced off a different market.”

Issued by Supranational organisations including the World Bank, European Investment Bank (EIB), and the Asian Development Bank (AIB), the “Kauri Bonds” are AAA-rated, making them a high investment grade.

Lance said their capital base was supported by a range of central governments, bolstering their credit rating.

The proceeds of this issue would address one or more of the following five areas/dimensions of gender equality and women’s empowerment:

Lance said these bond issues were infrequent in New Zealand but represented an “extremely deep market” because they are recognised worldwide.

The underlying investments targeted by the bonds would be an enrichment of Simplicity’s ESG (Environmental, Social, Governance) approach.

“If we can buy these things and fund entities that are doing good worldwide, it is a nice bonus from an ESG (Environmental, Social and Governance) stance,” he said.

Similar issues have found that default rates among microloans to women in developing nations are very low, and have a high impact because of the change they can affect in their communities.