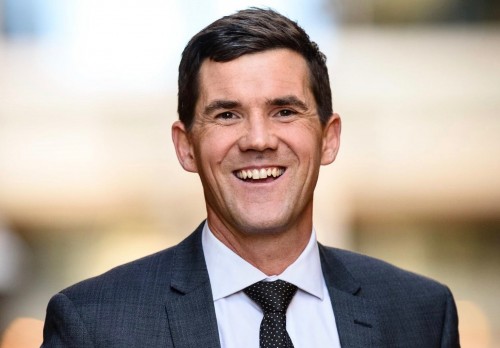 Justin Lester, the former Mayor of Wellington, has joined Simplicity.

Justin will work as a Savings Ambassador, focussing on growing the financial literacy of Simplicity’s new and existing members in the Wellington and Central New Zealand regions.

Justin has extensive governance and business experience. He previously founded his own company Kapai, and, having grown up in a State House, knows the importance of saving for the future.

Sam Stubbs, Simplicity’s Founder and Managing Director, said “Justin’s values match Simplicity's. He wants to help New Zealanders build their wealth and improve their financial literacy. With his moral compass, skills and heart, we’re very lucky to have him on the team.”

“Simplicity’s purpose is to give New Zealanders dignity and choice in retirement and get young New Zealanders into their own home faster. Justin is just the right person to help. We couldn’t be happier,” said Mr Stubbs.

Mr Lester is looking forward to joining the Simplicity team and growing its brand and presence across New Zealand.

“I’ve admired Simplicity’s progress for several years and believe they are helping to revolutionise New Zealand’s financial sector. Simplicity is a non-profit KiwiSaver and fund manager, which makes them unique and highly appealing,” said Mr Lester.

“Simplicity’s charitable status makes them different from banks and other KiwiSaver providers. They’ve got New Zealand’s lowest overall KiwiSaver fees and lowest cost home loans, which means more money for their members. They’re a business I believe in and want to be part of.”

Simplicity is 100% owned by the Simplicity Charitable Trust. With $1.5 billion of funds under management, its 36,000+ members are now saving an average of $420 a year in fees.

According to research firm Morningstar, all Simplicity funds have performed in the top 20% of their peer group since inception in 2016. This has been achieved with a socially responsible approach to investing. 15% of Simplicity’s management fee goes to the Simplicity Charitable Trust, which is now donating over $55,000 per month to NZ charities.