Nothing substitutes for experience. Our team has over a century of experience in the finance industry, working for the largest banks and KiwiSaver managers. Now we want to give New Zealanders the dignity and choices that having more money brings. 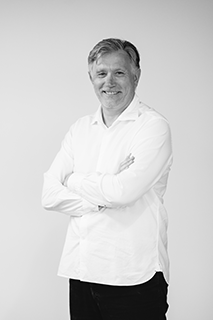 Sam Stubbs was most recently the CEO Of Tower Investments, a KiwiSaver default provider. Before that he was Managing Director of Hanover Group, and spent 10 years working for Goldman Sachs in London and Hong Kong. He previously worked for Natwest Markets, Fay, Richwhite and IBM New Zealand.

Sam has an MA (Hons) from the University of Auckland.

Sam is the father of two children. He dreams of Simplicity and sailing around the world. 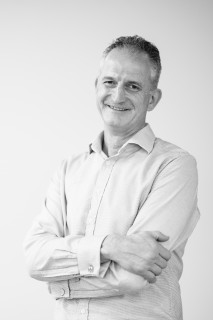 After more than 10 years working in City of London bond market for various investment banks, Andrew emigrated to New Zealand at the end of 1993. More accurately, he was brought here as a souvenir of his wife’s OE. He then fulfilled a variety of roles for New Zealand Funds Management, TOWER Investments, Fisher Funds and finally AMP Financial Services, where he was the investment expert in the project team transitioning AMP products into the new FMC Act regulatory regime. Stimulating stuff!

Andrew and his wife, Heidi have two sons, who keep them on their toes. Always a keen sportsman, he still manages to play cricket, ski whenever possible and get in an occasional round of golf. 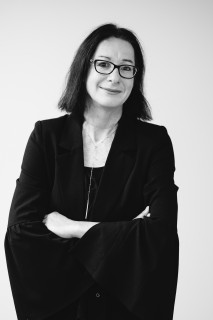 Jane is the CFO. She qualified as a Chartered Accountant with Price Waterhouse in 1996. Since then she has gained extensive experience in the corporate sector in London, Melbourne and Auckland.

Recently, in 2010, she was CFO at Tower Health and Life. Then she led the Finance Team at ecostore for 4 years and most recently CFO at Kepa Financial Services Ltd. Jane’s particular area of expertise is in financial services in all areas of financial and management accounting, reporting, analysis and financial modelling.

Outside of the corporate world Jane is kept busy with her 2 primary school age boys, cooking, gardening, reading, shopping and a small amount of relaxing. 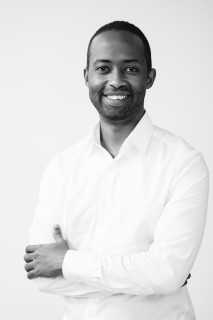 Amir, Simplicity's CTO, leads the long term technology vision and is responsible for the platform selection and technical design of the Simplicity system. Amir holds an Engineering degree from Massey University majoring in Software.

With close to 10 years of experience working with web technologies, Amir has a great understanding of the web space. Prior to joining Simplicity, Amir worked as senior and lead developer for a number of development agencies and also worked as the Infrastructure Development Manager for interest.co.nz. 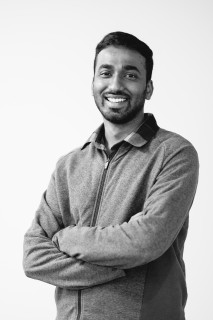 Pankaj’s experience is shaped by challenges in developing applications for Kiwi startups. He loves being part of the startup evolution and success story.

Outside of work, Pankaj enjoys carpentry and growing microgreens. 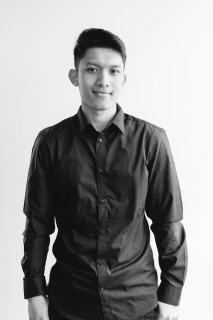 Aleef graduated from Auckland University of Technology, with a Computer and Information Science degree, majoring in Software Development and Computer Science. At university he was a member of the Computer Science Club and participated in Microsoft Student Accelerator programme. He joined Simplicity as a developer aiming to make a positive contribution to the busy tech team.

In his spare time he enjoys physical activities especially football, working out at the gym and training martial arts. 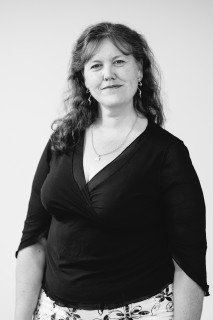 Sarah has more than 18 years experience working in the finance industry in banking, investments, regulation, and compliance. Sarah was a Senior Adviser with the Financial Markets Authority for seven years. Her involvement there was licensing and monitoring authorised financial entities and individuals.

Sarah loves being an Auntie to her six nieces and nephews, and is involved with various non-profit groups which focus on financial capability, communities and the environment. She enjoys cycling as her main form of transport. 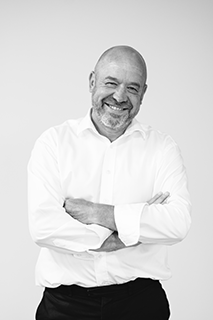 Director Of Sales and Strategy

Ian has over 30 years of financial markets experience in New Zealand. Corporate superannuation and institutional investment has been at the heart of his roles over the years with BNZ, AMP, TOWER Investments and NZX.

Ian worked with Sam and the team in the earlier days of Simplicity and is now a key part of the team.

Ian is a keen sailor. Together with wife Gabs, they live in Devonport, enjoy the beach and often found at a cricket ground over the summer months. 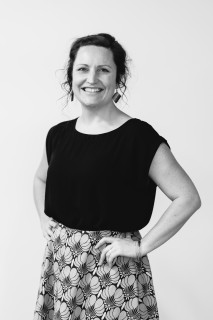 Head of Communications, Education and Marketing

Jennie recently joined the team bringing with her 15+ years communications and education experience from the nonprofit sector in NZ and the UK. She has a BA (Hons) in Political Science from Victoria University and a Masters in Education from University College London.

Until recently, a self-described sceptic of financial institutions, she was won over by Simplicity’s ethical investing, financial literacy programme and charitable giving. She is now on a mission to help grow Simplicity and make more kiwis richer and smarter with money.

When she is not at work, Jennie is running around after her two young children. 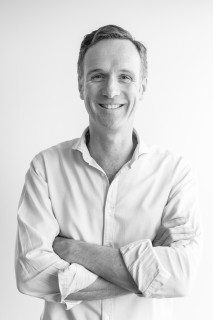 Matthew has been working with mid-market businesses in New Zealand for the last 15 years. He is the Co-Founder and former Co-Managing Director of Pioneer Capital Partners. Up to his departure, Pioneer had raised three Private Equity funds and invested in 22 export-focussed growth businesses.

Before co-founding Pioneer, Matthew worked at UBS Investment Bank in the Auckland and London offices where he worked with clients on mergers and acquisitions, syndicated finance, bond issuance, IPOs and general corporate advisory.

When not in Auckland, Matthew can be found at his secret hideout on the Coromandel. 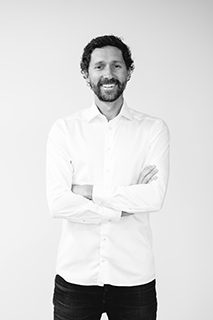 Head of Lending and Legal

Originally hailing from Australia, Dan completed his LLB and practised as a solicitor in Brisbane for a couple of years before taking some time out to travel and work on superyachts. Dan moved to New Zealand in 2014 and worked as a property and commercial lawyer for over 5 years.

Dan joined Simplicity eager to learn from the experienced team and is currently implementing Simplicity’s First Home Loan Mortgage Fund as Head of Lending and Legal. 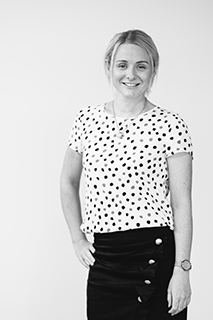 Rachel has recently joined the customer service team at Simplicity after 10+ years working in an operations role within the medical industry.

Rachel is new to the financial services sector and is keen to learn and develop in this new role.

Outside of work, Rachel is kept busy with three young sons. In her rare spare time she enjoys reading and exercising. 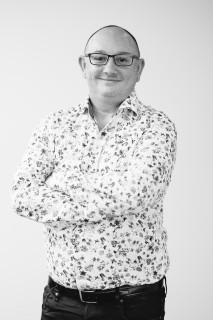 Head of Operations and Research

Craig Simpson has had nearly 30 years worth of financial markets experience in New Zealand. He holds a Business Degree endorsed in Finance from Massey University.

Craig is an Authorised Financial Adviser (AFA) and is an Associate Member of the Chartered Financial Analyst (CFA) Society.

Immediately prior to joining Simplicity, Craig worked as a senior analyst for interest.co.nz where he was responsible for monitoring and reporting on KiwiSaver funds and their performance on a quarterly basis.

Previously, Craig worked for BNZ Private Bank. In his capacity as Partner-Portfolio Management, he was responsible for a team of financial planners and analysts and oversaw the advice provided to the bank's high net worth Clients. Craig has a passion for wines and motorcars. 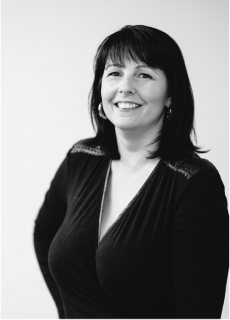 Sarah has more 20 years' experience working in the finance and broking industries in NZ and in the UK. Former employers include JP Morgan, Goldman Sachs, Craig's Investment Partners and Perpetual Guardian. Prior to joining Simplicity, Sarah worked for the Public Trust where she specialised in trust, will, and estate planning.

Sarah is a nature enthusiast fond of traveling, fine food and wine. 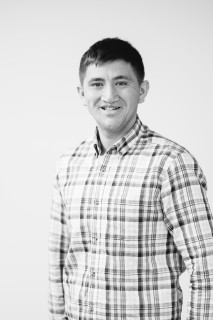 A graduate of Massey University, Ryan majored in finance and accounting. During this time there, Ryan was president of the Student Investment Club and was a participant in the Chartered Financial Analyst's competition.

Ryan started with Simplicity as a volunteer research assistant and co-authored a report on charitable giving presented at the Philanthropy NZ Conference in Wellington in 2019.

Ryan has a passion for numbers, the gym and video games and is the office DJ. 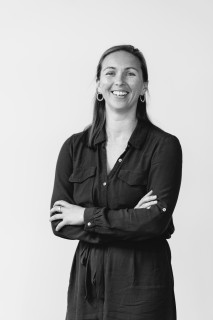 Emma was thrilled to join the Simplicity team in 2020 after 5 years in the Financial Services industry, including a PA role for a Financial Adviser and being part of the Communications team at MMC.

With a background in Fitness Coaching and Rowing at a National level, Emma has a variety of skills that she enjoys being able to utilise at Simplicity.

Outside of the office Emma is dedicated to raising her two young daughters and spends any spare time out surfing. 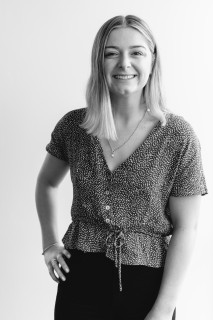 Kate studied Commerce at Victoria University of Wellington, majoring in Finance and Marketing with a Minor in Management. Straight out of university she kicked off her career supporting a number NZ and global brands in a client facing role within market research. She has always cared about social good and therefore felt more aligned with the not for profit sector - landing her at Simplicity.

She feels passionate about reducing the financial education gap in New Zealand and ensuring equal availability of resources to all kiwis.

Outside of the office Kate enjoys Yoga, running, watching sport, trying her luck at something new and having a boogie with her friends. 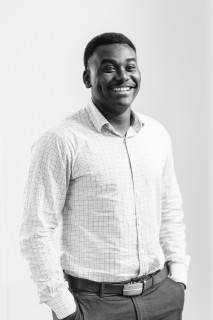 Ismael graduated from Massey University with a BA in Economics and Urban Planning. While studying, he became passionate about future-proofing our environment and communities, and was an active member of the university sustainability club. He is excited to join Simplicity and be part of a company that aligns with these values.

Ismael came to New Zealand after a childhood in the Republic of the Congo, which means he brings a unique perspective to the Simplicity team.

Outside of the office he enjoys going to the gym, playing and watching football, and basketball. 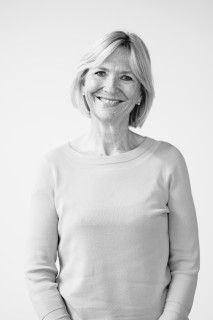 Joy has had an extensive career in financial services. In addition to her role as Simplicity NZ Board Chair, she holds other governance roles as Chair of Board of Trustees for the Auckland Foundation (AF) and is Director with both Strategi Ltd and the Impact Enterprise Fund.

Joy’s previous roles included Head of Private Wealth Management for Westpac and Head of Wealth for ANZ New Zealand and she is now heading Investor Relations for New Ground Capital, an impact fund manager, who is pioneering build to rent in New Zealand. 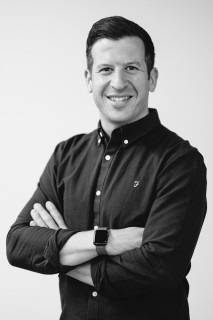 Reuben is responsible for Google's business with New Zealand advertising agencies. Before relocating to New Zealand in late-2015 he spent the previous 6 years with Google UK, first as part of the Zoo, Google's internal creative think tank, then subsequently leading the global Unilever team responsible for working across Unilever's biggest brands.

Reuben has worn many hats in his career including strategist, Emmy-award winning TV producer, creative and production team leader as well as a product manager. Across roles and industries his work has been recognised both internally and externally, including a D&AD award for creative work, Emmy awards for work in TV & digital as well as recognition in the form of a patent for breakthrough broadcast technology. 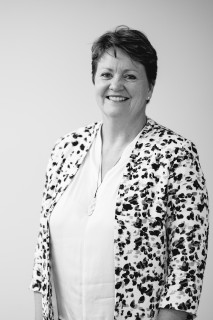 She is a Chartered Member of the Institute of Directors, an Accredited Investment Fiduciary and has degrees in Business (Masters), Economics and Japanese. 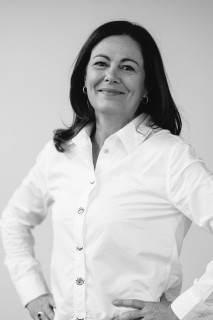 A Chartered Accountant for twenty years in both the public and private sectors. She has a strong history in specialising in the areas of Fraud and Risk through her experience as a forensic accountant at the Serious Fraud Office and Ernst & Young.

Anna has also held an appointment with the Real Estate Agents Authority (REAA) as an original Member of the Complaints Assessment Committee, and has worked in London for Schroders and Morgan Stanley. 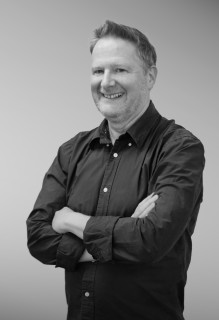 Chris has deep experience and a passion for scaling businesses. He has had an extensive career in technology centered businesses and with international investment banking. His broad background brings a unique perspective and ability to turn complex challenges into well governed and executed plans for boards, leaders and founders.


Simplicity is 100% owned by the Simplicity Charitable Trust, which chooses the charities that receive donations.