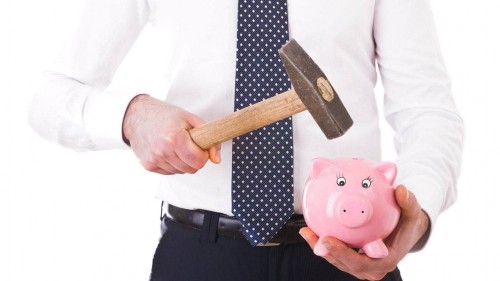 While they disagree on many things, there is one thing John Key and Jacinda Ardern completely agree on. Neither have raised the retirement age. They both know it is political suicide to suggest any voter should wait longer to retire and get their pension.

To be fair, National announced a planned increase in the pension age to 67 when it was in Government, to take effect in 20 years.

But the results of the last election suggest it really isn’t a vote-winning policy.

And the longer we wait, the harder it becomes for any politician to raise the retirement age. An ageing population means more and more voters unprepared to retire later.

But if National Super remains unchanged it will become increasingly unaffordable, and unable to fund a dignified retirement for Kiwis.

Currently, spending on National Super is over $17 billion, which is 46 per cent of all social welfare spending. In 2000 the bill was $5b, and the cost is now more than the Government spends on education. And it’s increasing at almost $1b per year.

The entire “law and order” cost for the Government was $5.5b last year, so the rise in National Super payments is the equivalent of having to fund an additional police force and judiciary every five years.

But this is not yet a crisis, which is why the politicians can afford to delay any remedy. The fact the National Super payments are taxed means there is something of a money go round, and the most optimistic forecast I’ve seen has the cost of NZ Super only rising 20 per cent by 2050. But there are some brave assumptions in those numbers.

The unavoidable reality of all this is that amounts paid to retirees are more likely to diminish relative to the actual cost of living. While everyone may still be eligible for National Super, it’s going to be too expensive for future taxpayers to fully provide for an ever-growing pool of retirees.

So how can we fund the retirement we deserve? To my mind, an upscaled and modernised KiwiSaver is the obvious way.

KiwiSaver is the most successful financial product since the savings account. We have already saved $82b and are on track to have $200b in KiwiSaver by 2030. It has been, by any measure, a phenomenal success. And no scheme has failed.

In Australia, they now have almost $3 trillion of superannuation savings, much of which has funded the infrastructure and housing which makes the average Australian 20 per cent wealthier than the equivalent New Zealander. And the investment of this money was a major reason why Australia had 23 years without recession.

But, as good as it is, KiwiSaver has some flaws in its original design, which are now becoming all too clear.

The first is that KiwiSaver now risks discriminating against the poor. It’s quickly becoming a sad reality that if you don’t have KiwiSaver, you will be poorer in retirement. It’s tough enough living on National Super payments alone now, so imagine what that will be like in 30 years’ time.

The other issue is current contributions are simply not enough to fund the gap between what National Super pays and what it will cost to have a dignified retirement. The Sorted website shows the average KiwiSaver, on the average wage, saving the minimum 3 per cent since age 18, will have $340,000 saved. Assuming a sustainable 5 per cent draw down in retirement, that an additional $17,000 per year of income, or $326 per week. That is not a lot of extra retirement income for most New Zealanders.

There are other issues that need fixing too, like standardising the rules for hardship claims, and the difficulty for foster children to get KiwiSaver. But the two biggies are not enough Kiwis in KiwiSaver, and savings rates that are too low.

How to fix this? Via compulsory KiwiSaver, and slowly rising contributions.

A Financial Services Council poll in July showed 78 per cent favoured KiwiSaver being compulsory. That’s because it’s now proved itself as a worthy way to save, and because many realise that if we all don’t have KiwiSaver, those who do will be subsidising the rest via taxes and social welfare payments.

And to my mind, there is something inherently fair in a social contract which says that if you’re working, you need to save a little for your retirement. Governments could continue with whatever subsidies they want to sweeten the experience for KiwiSavers, most of whom will be voters. Now that it’s proven itself, the time for compulsion has come.

Politicians take note - compulsory KiwiSaver is now a vote-winning policy, not a vote-losing one.

The other big change required is rising contributions. This needs to be done slowly, and with a lot of future visibility, so employers and KiwiSaver members can plan for it. It’s worked well in Australia and would work here.

While we are right to feel we’ve handled Covid better that the Aussies, they’ve done preparing for retirement better than we have. There is plenty to learn here from our Anzac cousins.

KiwiSaver is Michael Cullen’s magnificent legacy. But to fulfil its true potential it now needs an upgrade. To give Kiwis more money, choices, and dignity in retirement, it needs to be compulsory, and minimum contributions need to rise. We will all be a lot richer for it.